skip to main | skip to sidebar

Because we can, surely we should?

I wrote this for CEMP's Media Education Manifesto - a really interesting collection of views and reflections - and am quite pleased with it. The Manifesto is turning into an MIT Press book, which is interesting, given what the contributions mostly say (!). Anyway , here is what I said:

Sometimes, as we struggle for resources and for progress in a parsimonious, post banking-debacle economy, with our cross-platform screens filled by conflict and disengagement, it is all too easy to forget that learning has the potential to do so much that might mend a broken world. And the world is really very broken. The World Bank’s data is bleak: more than a billion people unable to read a book or sign their names, great swathes of Africa with literacy rates below 50%, gender parity indices showing girls missing out too often in too many places. Around 50 million children excluded from education because they live in war zones. We see completely collapsed economies in Somalia, Afghanistan and elsewhere. In Liberia 75% of the population is under 25 and 75% of them are apparently in gun toting militias. More than half the armed conflicts worldwide use children under 15 as fighters. The data isn’t just bleak, it is relentless. Every day children are hurting.

Traditional educational practice has, perhaps unsurprisingly, made little impact on resolving this hurt. Even in our already developed economies traditional approaches have been characterised by too much disaffection, have too many coasting kids, and have found that a world of managerialism and incrementalism has delivered a disappointing plateau across a range of key variables. If traditional educational practice isn’t working here, it might be a bit ambitious to expect the same model of cells and bells structures, with kill and drill, stand and deliver pedagogies, to work in far more challenging circumstances. Lorry loads of second hand textbooks, or brave charitably funded teachers, or donated chalk boards have not made, cannot make, enough difference, however heroic and welcome those myriad efforts might be. It isn’t that children the world over don’t want to learn. They do, and in many places the indicative graphs are mostly moving in the right directions, but the progress they chart is not urgent enough for the current generation of under ten year olds born and living within the 21st century. Their needs outstrip their opportunities. Every decade of glacial progress, another generation misses out. Eventually, perhaps sooner than expected, their collective patience will be exhausted.

If the old factory model of 20th century learning is not working well enough, we do know that in other sectors new and emerging technologies are capable of demonstrating real alternatives with huge impacts, in particular within new and emerging economies: the Bank Rakyat of Indonesia with its 21 million mobile phone based savers, or the Equity Bank in Kenya with its 3.9 million micro-bankers – one in ten – reinvigorating economies and empowering farmers. The Afridoctor virtual health clinic in Cape Town, offering a “snapdiagnosis” service, where patients can send phone pictures of their ailments to a panel of doctors. Same Language Subtitling (SLS) of Bollywood movies in Gujarat state hugely transforming literacy rates through some form of visual osmosis, and much more elsewhere. ALternative approaches can be remarkably effective.

But what has this to do with Media Education, that bête noire of the new Govian english curriculum? Media Education is uniquely placed to make a contribution far and beyond its humble impact on domestic social processes, on our critical analysis of communication, on our interpretation and analysis of political events, on our scholarship of media. Media Education has the potential to be a disruptive catalyst transporting learning into the 3rd millennium – it could not be more needed that it is now. It has a history steeped in change and has been adept at responding to change. It has narrated and interpreted, embraced and critiqued that substantial change in its short life. It has deconstructed it. It has helped us to see the cues and clues to the next change, even as we make sense of the current ones. We are in a world where substantial change characterises much of our collective experience. There is something about new technology that allows us to exist precariously, Icarus like, flying close too to the margins: deeper oil wells in the ocean, more planes in the air than ever before, tighter margins on banks’ capital. And inevitably at the margins, things go wrong: oil leaks we don’t know how to cap, a volcanic ash cloud shutting down airspace, economic collapse. These unexpected events impact disproportionally on the weakest economically. So, how do we prepare our least prepared for this unstable world? We look to see who has a track record of having coped; media education has coped, and coped well, with the certainty of uncertainty, the constancy of change. We expect to be astonished; that is our life.

Media Education has always been underpinned by evolving technological delivery. The evolution has been chaotic. There has been no equilibrium: the balance of production contribution has swung to include the user; cross media have muddied our definitional waters; we have seen screen sizes shrink to our pockets, grow into iMax, fatten into 3D; we’ve seen markets stutter, shrink, grow exponentially and vanish; seen culture clashes soothed; seen cartels shattered and individuals empowered; seen aggregated social voices raised, amplified and heard. Media Education above all else helps us to be agile in our scholarship; we’ve had to be. It anoints its students with the necessary survival skills for a life in the turbulent creative industries. But it can be so much more than that. If we are to solve the global and local inequality of educational provision within the shrinking resources of a post-crash world our toolkit must necessarily include the ability to make learning fleet of foot, ready for anything, seductive, engaging, agile, full of ingenuity and unashamedly relevant to today’s world. Media Education can be all that.

Furthermore, Media Education has a remarkable track record of engaging the disengaged, mainstreaming the marginalised, accelerating the coasting, embracing the rejected. Our professional lives are filled with powerful anecdotes about access successes. Where the narrow corridors of educational structures and strictures limit, and delimit, what learners might do, or who leaners might be, Media Educators have collectively widened the pathways to success. We bask in the learner journeys we have enabled for our remarkable students. That matters.

Bluntly, Media Education has the opportunity to pioneer and evidence those new approaches to learning that have the potential to mend a broken world. Together, we have the experience to show how to engage the disengaged, give voice to the unheard, empower the disenfranchised, transcend notational literacy. The danger though, is that Media Education eschews this meta-purpose. For many in Media Education the fight has been for simple local survival. Under-represented on education policy bodies, marginalised institutionally, assaulted by the disdain of the very media we research, tech-rich but resource poor, it has been all too tempting to see ourselves in the manner of a pedagogic proletariat, shackled by systems, with little control over our destiny, and aspiring simply to move on up in respectability and esteem. To focus on that parochial fight would be to betray the opportunity presented and to selfishly abandon the millions who might be helped. If Media Education has a manifesto then surely it should be headlined by a wish to push within all our institutions for ambitious change, to overturn moribund models of practice, to challenge ossified pedagogy, to be the engine of change, to apply what we know.

Media Education is one of only a few things that can help mend the world. Because we can, surely we should? 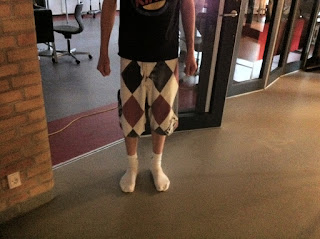